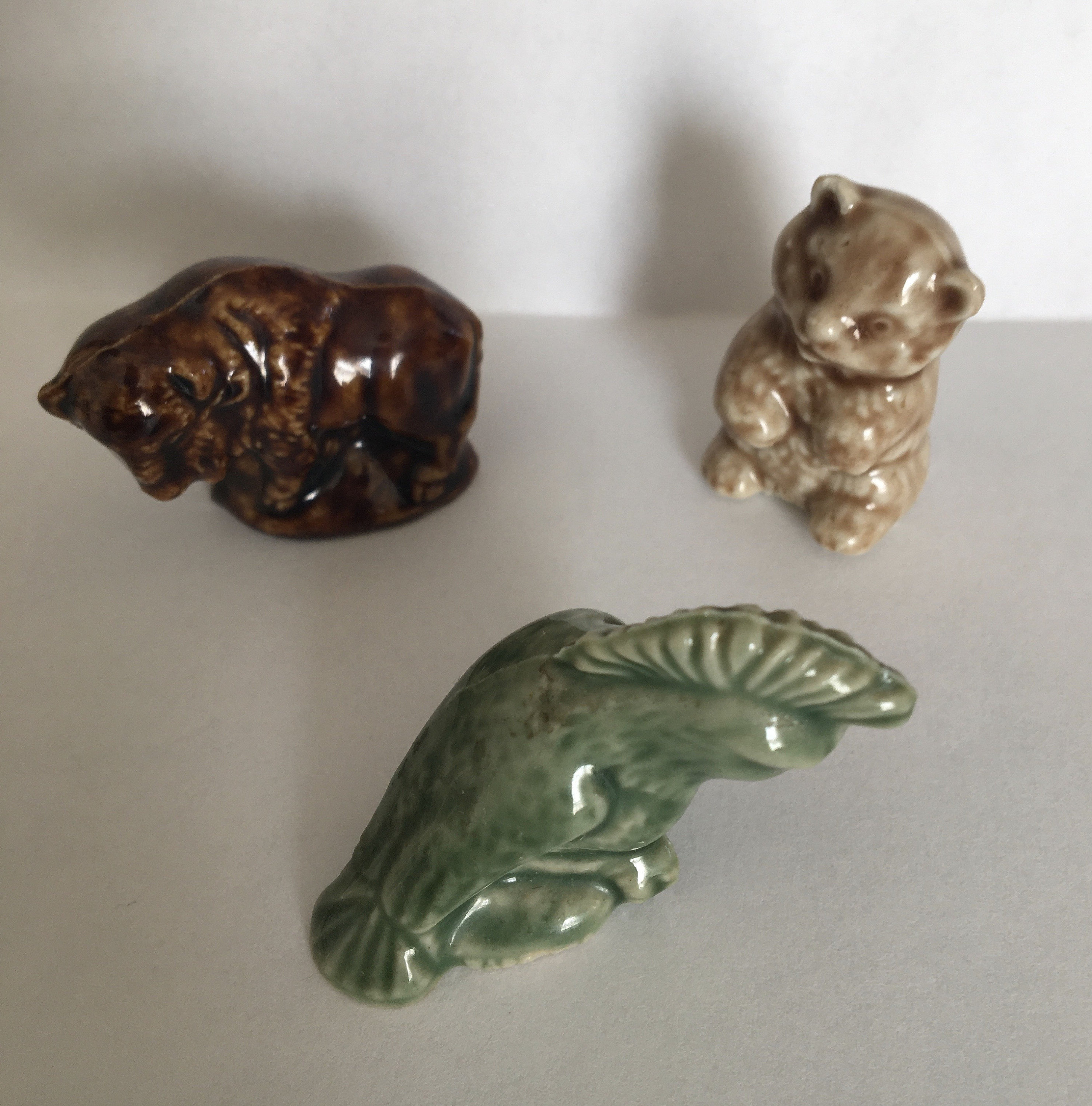 Red Rose Tea was founded in 1890 by Theodore Estabrook in England.  It was a loose tea and at the beginning was inconsistent, but he corrected that problem.  He promised his customers quality tea and for over 100 years Red Rose Tea has kept that promise.  Now licensed under the Harris Tea Company with the tea blending and knowledge that began by Eastabrook there are processing plants in the United Kingdom and the United States in Georgia, New Jersey and California.

Originally in 1899 known as Wade & Sons of Burselm, England, the company was later known as George Wade Pottery.  Then in the 1950s Sir George Wade organized local potteries as George Wade & Sons Limited Pottery and around 1954 they began making tiny 'Wade Whimsies'.  By 1967 an agreement was made with the Red Rose Tea Company to make the 'whimsies' a premium in each box of tea.  In 1983 the 'whimsies' became a regular promotion in the United States.  The estimated number of 'whimsies' given away with Red Rose Tea stands at over 300 million.

These 'whimsies' were created in numerous series and became collectible over the years.   Some boxes of Red Rose Tea on the grocery shelves still have the figurines included, just look for the marked boxes.  Also  when you order Red Rose Tea online at www.redrosetea.com you can receive a free 'whimsie'.  They decided the online method of distribution would assure the figures reached the consumers who desired the 'whimsey', and limit the number just were tossed away by non-collectors.

'Wade Whimsies' were made in series of 10-20 figures including animals, charactors, people, and objects.   Wade markings on the figures varied; WADE, WADE ENG, and WADE ENGLAND, depending on the space on the base.  The Circus Series base was round and decorated.  The Circus animals were dressed, too.

Their early series covered topics of endangered animals, nursery rhymes, storybook or movie characters.   Some became more valuable than others, especially Candada's Nursery Ryhme gingerbread man, which sold online for $100, or the Disney characters.  Most sell for $5-9 each in prime condition, they are made of chalk ware and chip easily which makes them of no value.  Most were made in one color which makes the two-tone figurines more desirable; such as, the miniature dog in a basket or the circus poodle in a blue tutu.  All of the Noah's Ark Series is solid white and includes the animals, Noah, and his wife.

Suzq's Store, a Wade Whimsies reseller, may have the one you were looking for to complete your series or to start your collection.