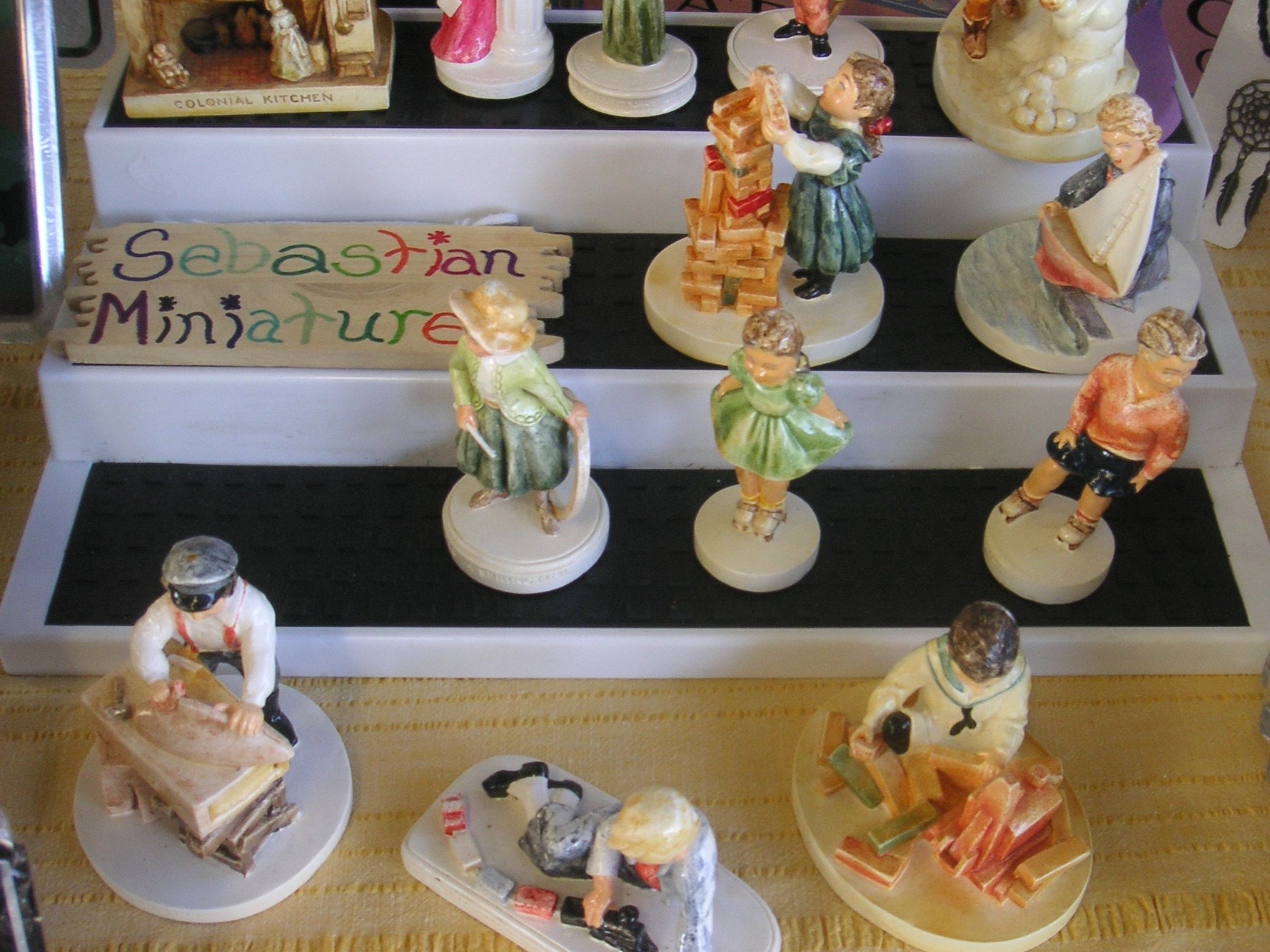 Prescott W. Baston Sr. in 1938 had a dream that his creations would be used as teaching tools in the classroom. He used chalk ware to produce historical figures, classic literary characters, and scenes of life.  Unfortunately, his original idea was not adapted by educators, but his figurines became popular with the general public.  Baston made pieces for commercial purposes; such as mall openings, store promotions, and for products like Jell-O.  Originally, Baston operated a studio in Arlington, MA.  Then in 1945 the studio was relocated to Marblehead, MA, where it remained until 1975.  Prescott W. Baston was the sole designer between 1938-1975.

Lance Corporation joined Prescott W. Baston as his production partner when he moved his studio to Hudson, MA, in 1976.  Baston's son, Prescott Woodbury Baston, Jr. "Woody", joined the team in 1981 as a production manager.  Then due to an increased demand for Sebastian Miniatures, Woody started sculpting new pieces for the line.  When his father died in 1984, Woody carried on the family business, introducing over 300 new figurines, and he reproduced earlier designs.

The Lance Corporation closed in 1997 and by 1998 the sculptures were produced in a studio in Wayland, MA.  Later the complete line of Sebastian Miniatures included pins, plates, large castings, related items by other artists and pewter versions of figurines and plates.

Each Sebastian Miniature sculpture had a copyright date of its creation on its base.  The first runs  of some pieces were done on a limited production for that year, but later some were reproduced.  The markings and labels tell the story of each Sebastian Miniature through identifying paper stickers, marks, titles and signatures.

Marblenead, MA, Studio  -  Sculptures, 1946-1975, had green or silver foil labels on the underside of the base which read "A Sebastian Miniature designed by Prescott W Baston, Marblehead, MA".  Some of these labels have been removed over the years.

Hudson, MA, Studio  -  The sculptures from this studio had small oval labels in various colors affixed to the base.  Each label read "Sebastian Miniatures, Hand Painted, Hudson, Massachusetts" without a year.  In 1883 the year was added to the label.  Numbers  and letters were handwritten on the bottom.  The letters represented the person who painted the sculpture. An "/" followed by a letter that represented the year of manufacture.  'A' -1979, 'B' -1980, 'C' -1981, etc. Then "/" and number for location of artist.   Example:  DRF/B/1

Since both Prescott and Woody Baston signed numerous pieces, a signature on the base does not add significantly to the price.  The copyright date on each piece pertains to the original design and not the date of manufacture.  Many pieces were remade.  To determine the year of the piece refer to the paper label for year or in the case of the Hudson Studio check the handwritten information as described above.

Pewter items made between 1997-2000 were produced under Spoontiques.  Some items after 2000 were distributed under Sebastian World.