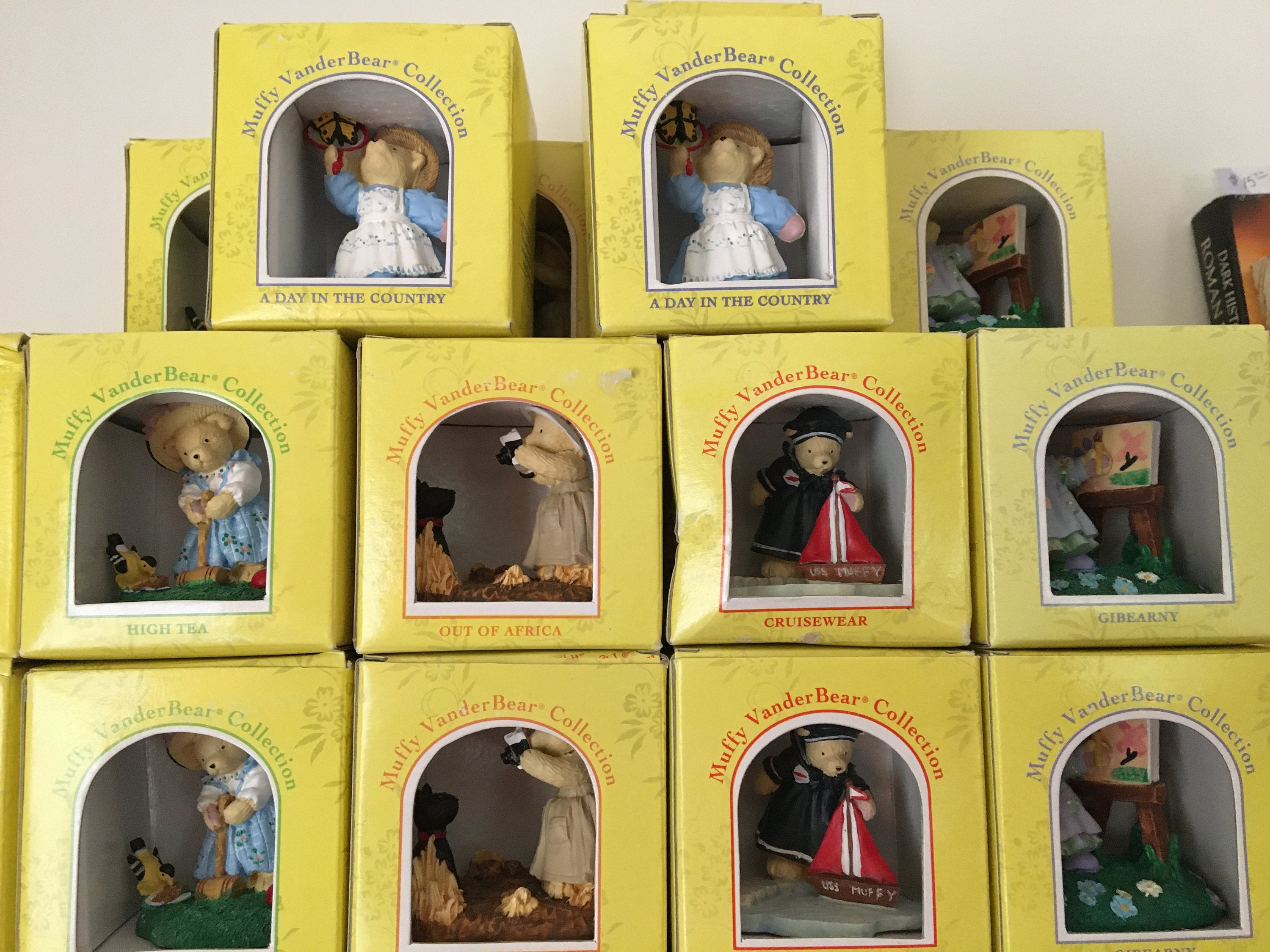 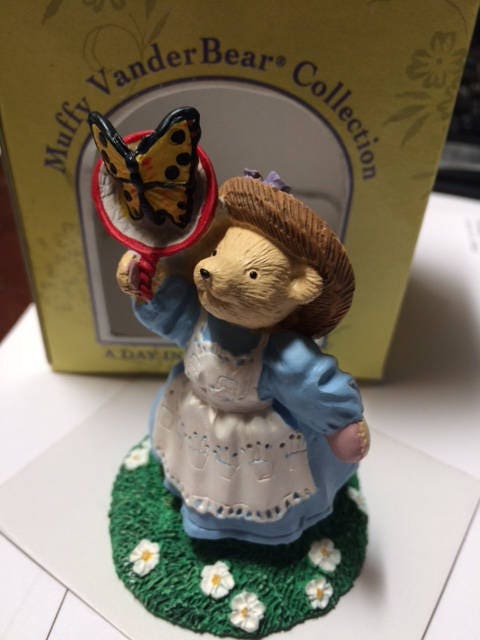 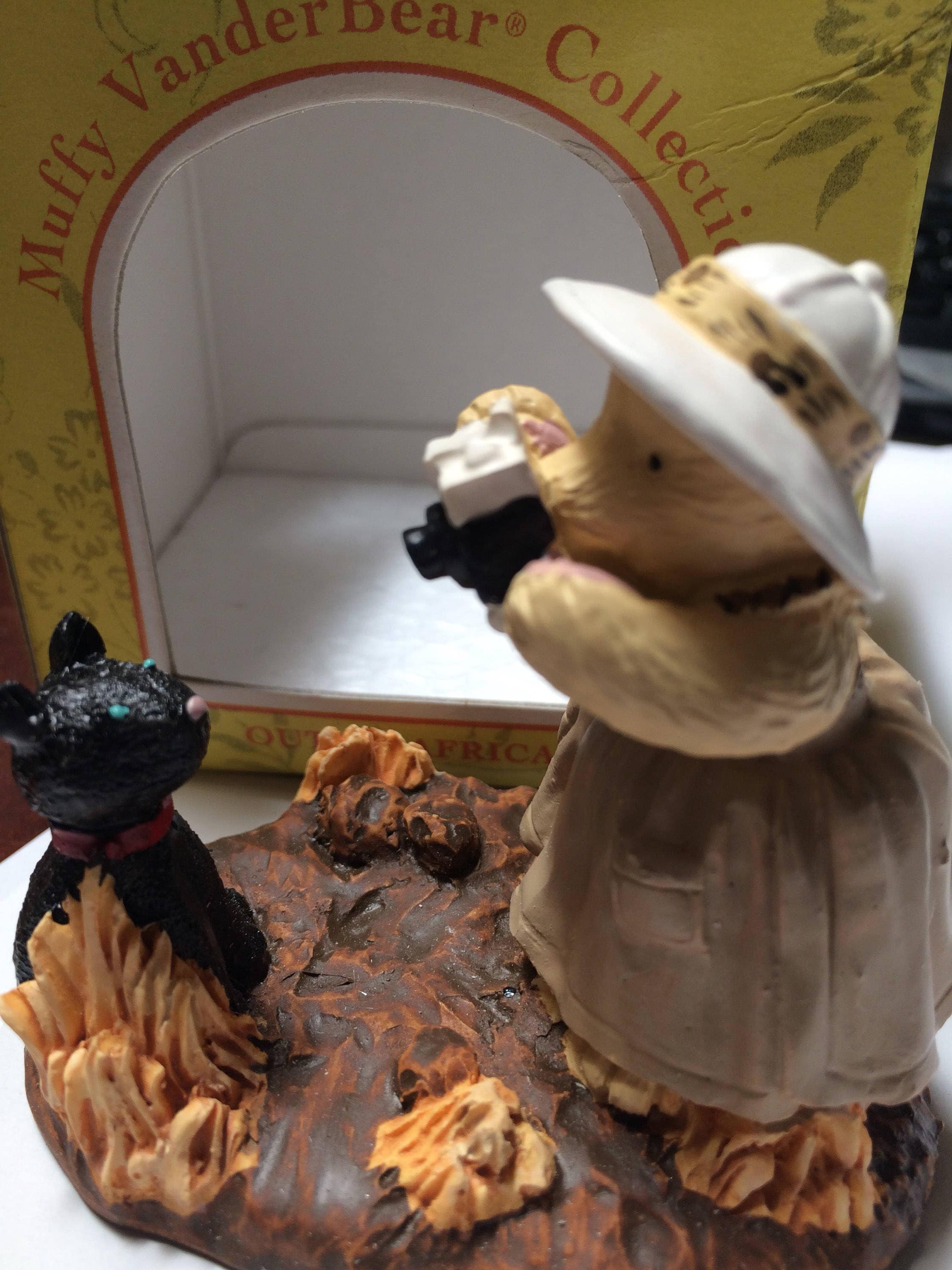 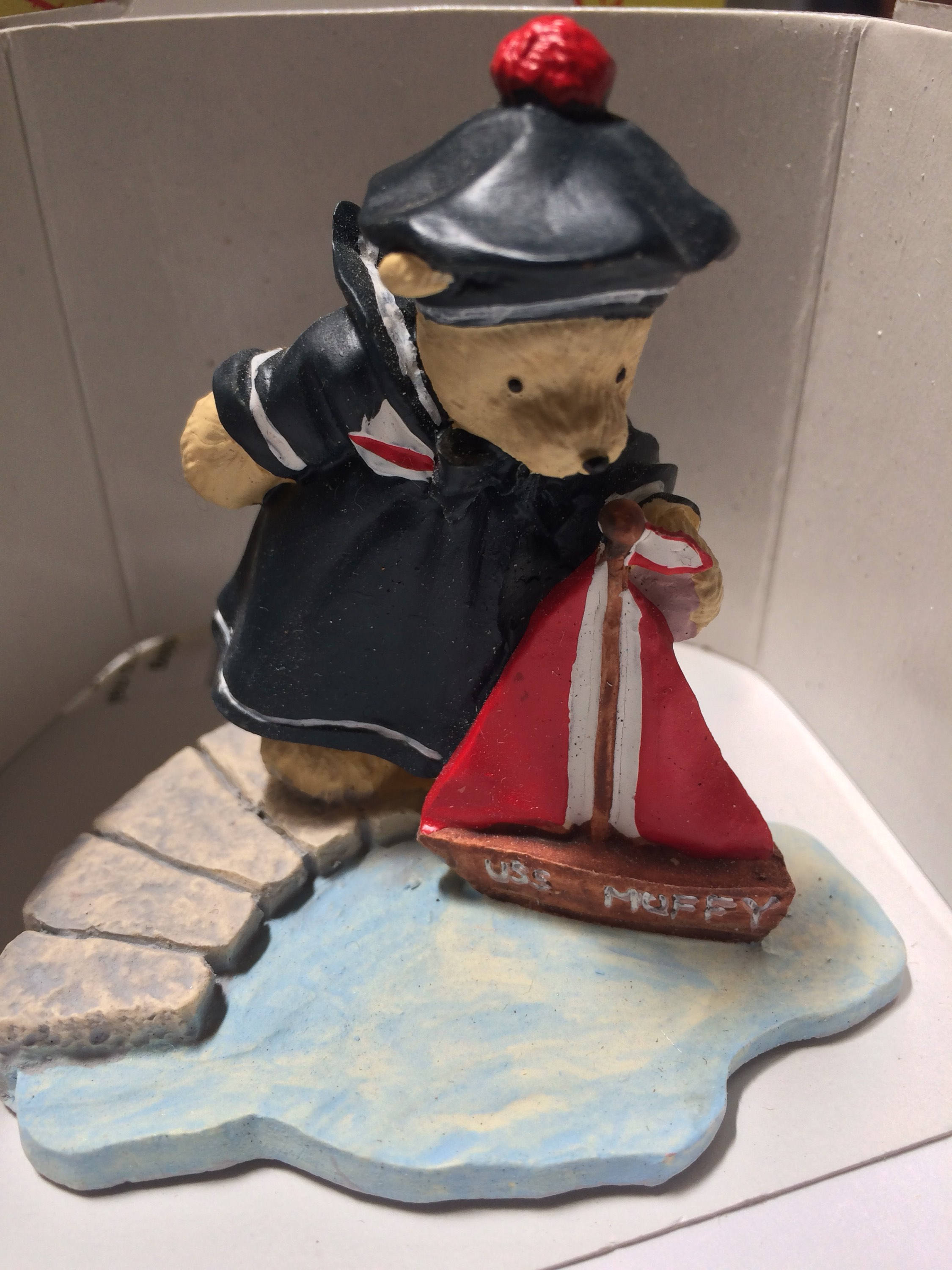 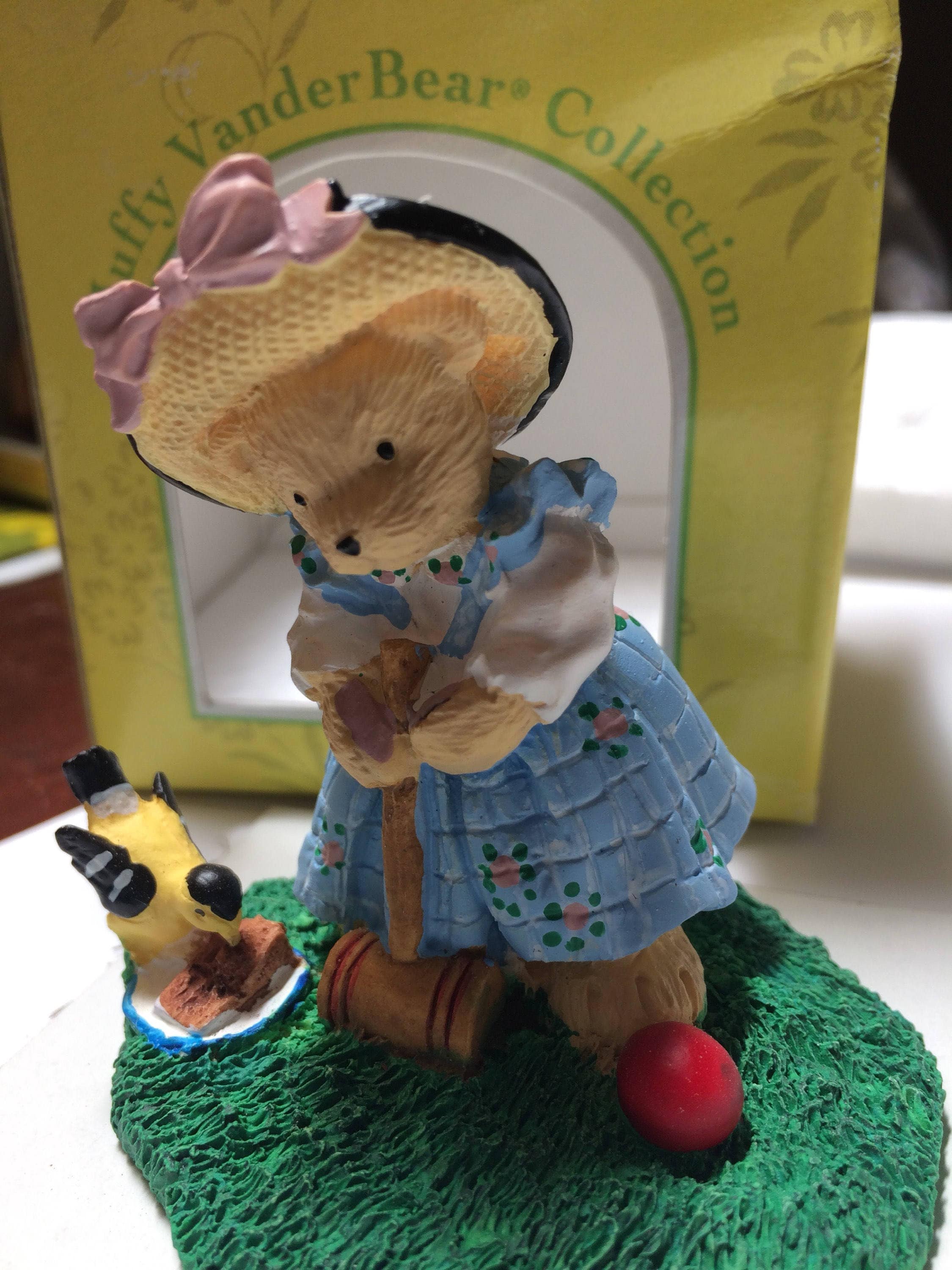 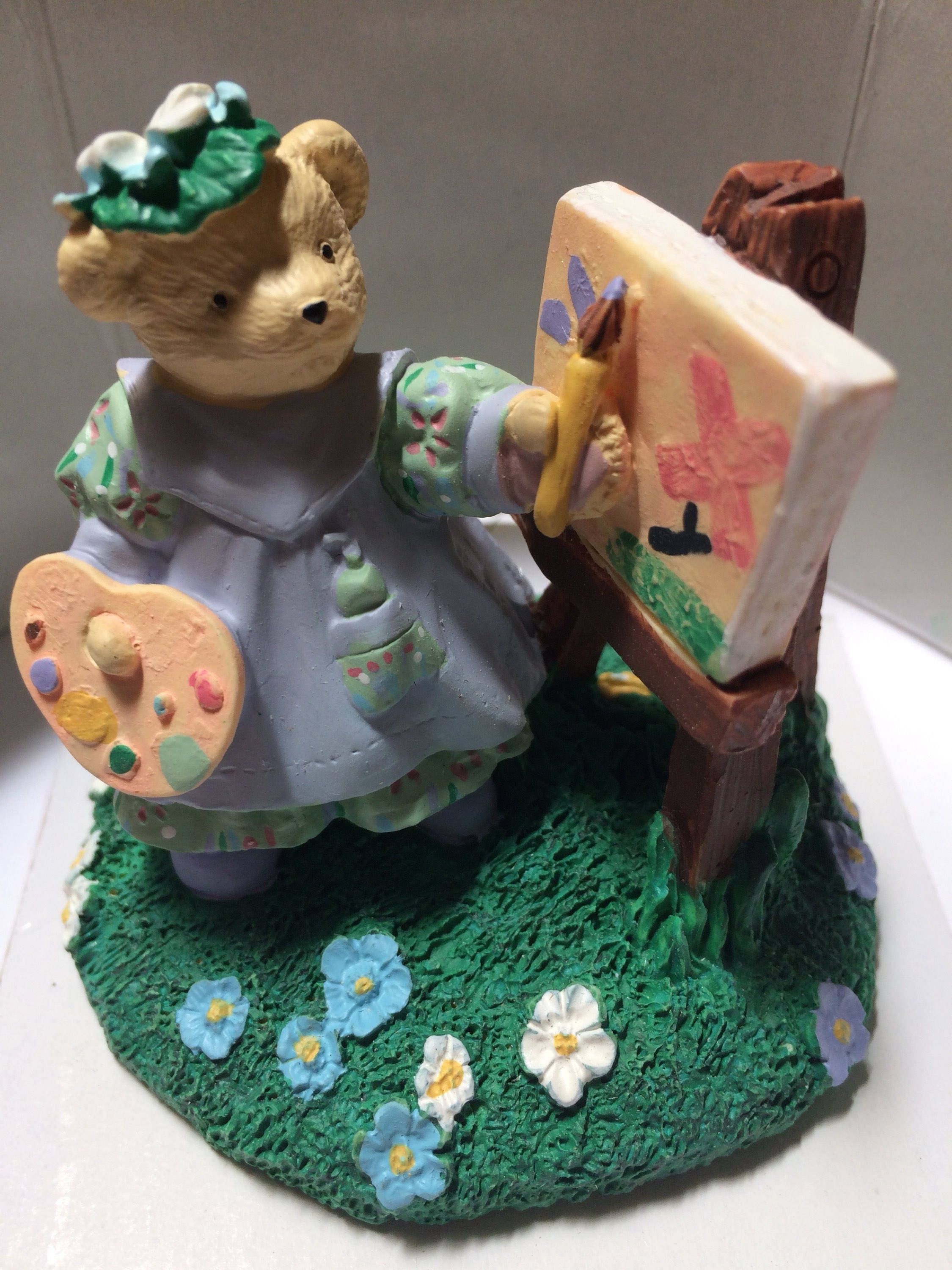 Muffy VanderBear figurines - 5 scenes in series, displayable reminders of past VanderBear collections. North American Bear Co. 1994, mint in box. 2 3/8" tall, buy one to fill in your collection or collect all five.

MVB-1, Capture a sunny day in the country - rustic charm of "A Day in the Country" collection, originally introduced in 1987.

MVB-2, Rare and wild moment captured the "Out of Africa" Safari collection, originally explored in 1988.

MVB-3, Muffy is a crafty captain in this buoyant salute to the "Cruisewear" collection, originally launched in 1988.

MVB-5 Originally introduced in 1990, this portrait, based on the "Gilbearny" collection would easel-y impress Monet himself.

Ships the next day from South Carolina

Ship items back to me within: 7 days of delivery

Questions about your order?

Please contact me if you have any problems with your order.

Where do you ship from?

We are located in the USA and ship directly to you.

Please message me for any custom or personalized orders you may desire.

0 items in your cart